The Governor’s 2021-22 Budget implemented Universal TK expansion and lower student to teacher ratios in TK, the major proposals of AB 22. For more information, view AB 130 in the Budget Bills section.

According to a new study by the Public Policy Institute of California (PPIC), an overwhelming 70% of Californians support state-funded Pre-K!

Learn more about the PPIC’s findings.

AB 22 will extend universal access to full-day transitional kindergarten (TK) programs to all 4-year-olds statewide at no cost to families. By ensuring that each child in California has access to a year of high-quality Pre-K, this bill sets students up for success in kindergarten and beyond. Specifically, AB 22:

This legislation is part of a 2021 early childhood education (ECE) Legislative package, which aligns with recommendations in the Governor’s Master Plan for Early Learning and Care and the Governor’s May Revision Budget Proposal.

Support:
AB 22 is a 2021 Priority Bill for the California Legislative Black Caucus. 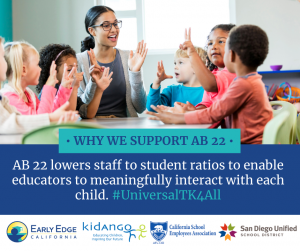 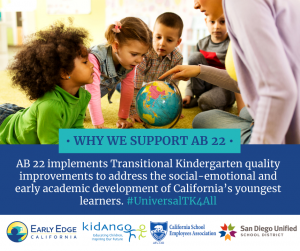 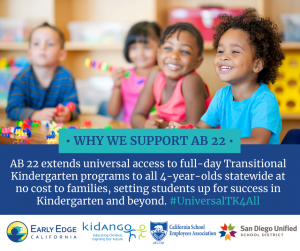 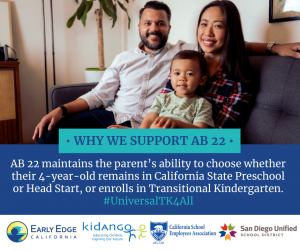 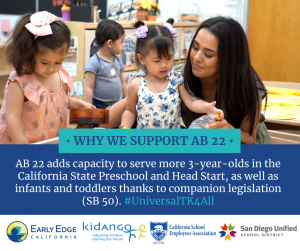 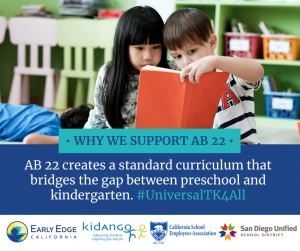 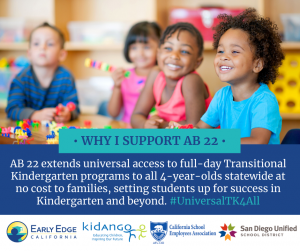 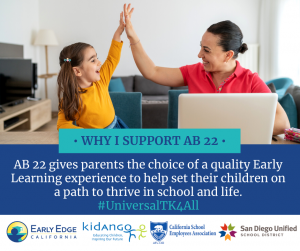 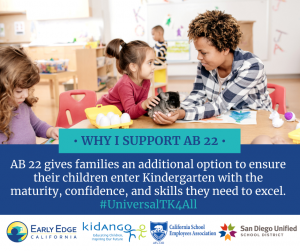 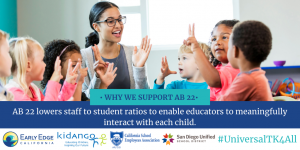 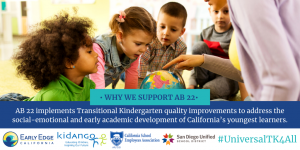 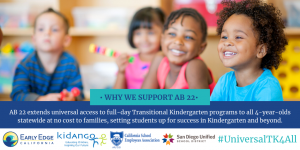 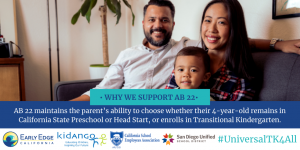 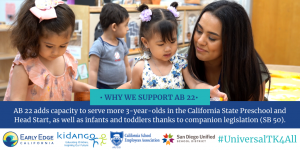 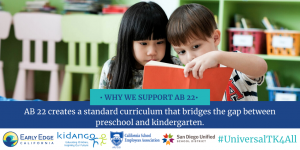 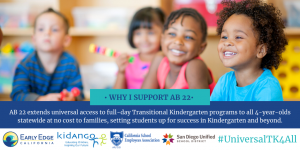 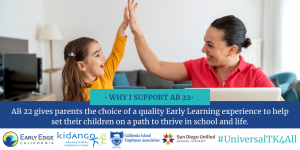 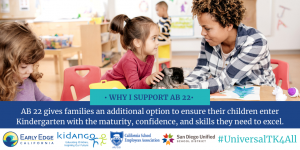 Track this bill: To track bills, visit the California Legislative Information Inquiry System. Once you have created an account, you can click on the “My Subscriptions” tab to be notified of any hearings, amendments, and actions taken on AB 22.
For detailed instructions on how to track a bill, please click here.

View ECE Bills: Learn more about the bills that Early Edge California is supporting this year.