Despite pressure from early childhood advocates to invest close to a billion dollars in infant and toddler care in next year’s budget, the agreement lawmakers approved Thursday reflects a compromise, with significant increases in child care slots for low-income families but no new funding for preschool.

Gov. Jerry Brown and legislative leaders in the California Assembly and Senate agreed to create 13,407 new child care slots for low-income families who pay for child care with subsidies, through the state’s Alternative Payment Program. Most of the funding for the slots comes from $409.2 million approved earlier this year by Congress.

Early childhood advocates say California has not invested enough to provide affordable child care for families who need it the most. Currently there are 29,804  subsidized child care slots available statewide through the Alternative Payment Program, according to the Legislative Analyst’s Office. 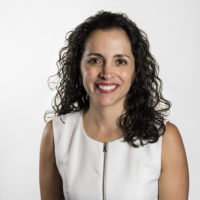 “This is not perfect, it’s far from perfect,” Lozano said about the budget agreement. “But we just have to keep fighting and keep working. We were hoping for more, but we can build on this collaboration and have a stronger voice for infants and toddlers.”

Walking the Talk: Kidango Provides a Living Wage to its Early Learning Workforce