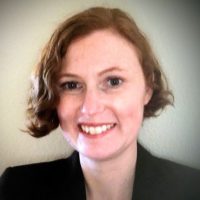 On Monday March 11, I went to the last public hearing of the California Assembly Blue Ribbon Commission (BRC) on Early Childhood Education where the Commissioners presented their comprehensive draft Report and took public comment.

The BRC was created by Assembly Speaker Anthony Rendon during the 2016-17 Budget in an effort to strategically plan improvements to California’s Early Learning system. The BRC, which is chaired by Assemblymembers Kevin McCarty and Blanca Rubio, includes both legislators and community experts in the field of early care and education (ECE). Its focus is on the following areas:

The BRC’s draft report–which is the culmination of two years of public hearings throughout the state–recommends major investments in California’s Early Learning system. Early Edge California has prepared a summary of the key recommendations in the draft report around Workforce and Dual Language Learners (DLLs).

Some of those recommendations include:

At the hearing, the overall response to the BRC’s recommendations was very positive. I made public comment on behalf of Early Edge in support of the Commission’s emphasis on investing in our Early Learning workforce and taking a strong asset-based approach to our DLL children and their families.

The final BRC report will be released by the end of April 2019. It will provide:

Written public comment on the BRC draft report can be submitted at assembly.blueribboncommission@asm.ca.gov until March 20, 2019. More information can be found on the BRC’s website.

The Tragedy at Robb Elementary School

Setting the Stage for Universal Preschool