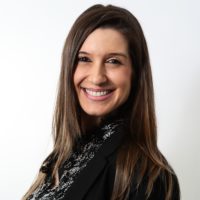 Fresno Unified School District (FUSD), located in the heart of the California Central Valley, is home to a large percentage of Dual Language and English Learners. In order to help close the achievement gap early on for these children, the district has devoted increased resources  to support this large and growing student population in the early years. These efforts include expanding their dual language programs to include Early Learning and providing targeted coaching and professional development to early educators designed to support Dual Language Learners’ (DLLs) dual language development.

Dr. Maria Maldonado, Assistant Superintendent of English Learner Services for FUSD, has been with the district for over thirty years and was instrumental in the district’s expansion of dual language programs in the early years. 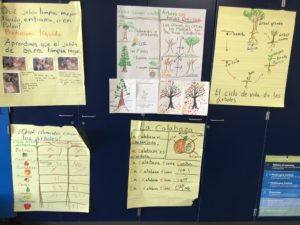 Maldonado shared that, while children had access to preschool, those programs were not dual language. Children were receiving English-only experiences at the preschool level and would then have the opportunity to learn in Spanish beginning in Kindergarten.

Maldonado was supervising Early Learning at the time and interested in improving programs and integrating Early Learning to K-12. She was also aware of the research on brain and language development in the early years and therefore saw dual immersion expansion as a key piece of this effort. In 2012, when looking to implement Transitional Kindergarten (TK), the district decided to start their dual language programs in preschool so that they could provide a seamless trajectory for the children and strong alignment and articulation for the program by offering dual language experiences at the onset. They began this expansion slowly, beginning in their three established dual immersion programs.

Support from Passage of Proposition 58

In 2016, with the passage of Proposition 58, the tide began to change and there has been more of a focus from the state level on dual language programs. As a result, Fresno USD has received more support from their school board to expand further. According to Maldonado, “Proposition 58 has been a godsend. It passed after we began expansion, but it really helped get our board support for this expansion. Proposition 58 has allowed for more opportunities to speak about how well aligned these programs are with legislation and also helps parents understand that learning another language doesn’t mean losing your own.”

They also have a new Superintendent, Dr. Bob Nelson, who is supportive in the development and expansion of these programs.

With this additional support from their School Board and Superintendent, they were able to add 2 more schools last year to this implementation Wawona and Rowell, where they now offer dual language Spanish-English options in Pre-K, TK, and Kindergarten. Prior to last year, the school began their dual language program in Kindergarten. 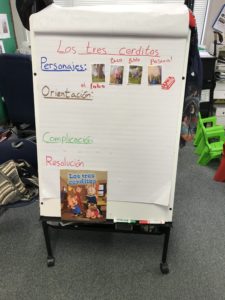 Deanna Mathies, Executive Officer of Early Learning for FUSD, shared that “we wanted to ensure that teachers had the support and resources they need to effectively implement the program and support children’s dual language development. Teachers have responded very positively, and we see strong program implementation as a result of these additional supports.”

The district tapped into the wealth of language resources, Spanish speakers who were available to teach in Spanish but has also intentionally expanded this pool of resources by recruiting bilingual assistants to ensure there is support personnel who speaks the target language in every classroom.

Since 2015, as part of the Starting Smart and Strong campaign, FUSD has been implementing the Fresno Language Project (FLP), which was created to ensure all children, including DLLs, have a strong early language foundation upon entering Kindergarten. The project uses a community approach that brings together educators and administrators from the district to learn and collaborate alongside those from other local Early Learning settings serving infants, toddlers, and preschool-aged children, including Family Child Care, Head Start, Early Head Start and private Center-based programs.

The FLP centers around professional development and coaching that is based on innovative practices for working with DLLs, including Personalized Oral Language Learning (POLL) strategies. POLL was developed and written by Dr. Linda Espinosa, nationally renowned Early Learning expert. Dr. Espinosa leads the trainings alongside co-author of Getting it RIGHT for Young Children from Diverse Backgrounds: Applying Research to Improve Practice, Second Edition, Elizabeth Magruder. They focus on the value of and support for the home language, the importance of getting to know the child and family, and classroom strategies for supporting oral language and overall linguistic growth. Participating teachers from the FLP receive ongoing coaching throughout the school year and come together for regular professional learning sessions as a learning community.

Since FLP implementation began in 2016, participating programs have seen a positive impact on children, families, and the community at large.  According to Maria Ceballos-Tapia, FUSD Program Manager, “the most significant difference has been in the children’s oral language development, which is one of the strongest predictors of later achievement. We have seen incredible gains in both their English and Spanish. This is true for both native English speakers and DLLs.” Ceballos-Tapia added that family engagement has also increased significantly, as has the level of the DLL children’s engagement and participation since they began implementing the POLL strategies.

With funding recently awarded through the California Department of Education to participate in the Dual Language Learner Professional Development Grant, Fresno Language Project will be able to further expand this important work across the state. The additional funding will allow for the project (now being called the Language Learning Project) to replicate their model in two locations in the Central Valley, Kern County and Tulare County. In addition, they will develop a Trainer of Trainers Model, which will be delivered in four locations throughout the state to local Early Learning teachers and administrators working with DLL children from birth to age five.

Early Edge commends Fresno USD for being a leader in supporting DLLs.

Early Edge’s vision is for every young child in California to have access to high-quality Early Learning teachers and programs that provide them with the opportunity to become bilingual and biliterate. Read our DLL Policy Paper to learn more.

TK Expansion in Action: Creating a Job Description for the Second Adult in a TK Classroom

Do you have a 4 year old? This is what you should know about Universal Transitional Kindergarten in California